OLED lighting awareness is making its way around the world, getting more and more attention each week. One such example comes from Electrical Marketplace, recently sharing some information about OLED lighting. 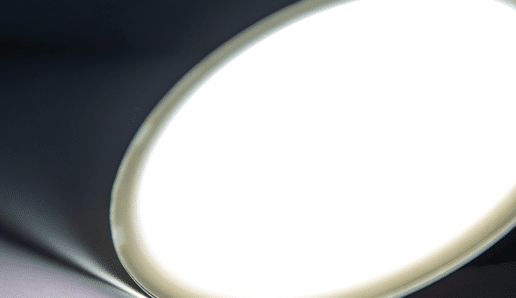 With that, we are going to keep this intro a little shorter than usual, simply because the article we’re highlighting has done a fantastic job going over a multitude of things with OLED Lighting and we want you to jump right in.

Note from the Architect: It is worth noting that the video within the original article focuses on OLED TV Display, not OLED lighting. We have decided to omit that video from the articles original content below.

What Is OLED Lighting?

OLED lights are an RGB light source, meaning that objects illuminated by their panels appear highly saturated in primary colors and therefore appear very natural, like illuminated sunlight. OLED lighting provides comfort and luxurious atmosphere in places where natural light is not available. It is also claimed to have better color rendering than LED lighting, meaning that colors should be more accurately rendered.

The well-known LG brand will soon be selling flexible OLED lamps, thereby expanding its OLED range. LG Display has announced that it has started mass production of its OLED display and will launch its first OLED lamp in the next few months.

By using OLED luminaires for LED ambient lighting, designers have a tool to address the problem of light and improve the customer and guest experience. If these efforts are successful, OLED lighting products are expected to be used in a variety of applications currently being addressed by incandescent and fluorescent light bulbs, as well as in new applications that utilize the OLED form factor. One future perspective is that OLEDs will become more flexible and increase the possibility of accommodating light sources on them.

This could therefore mean the abandonment of bulbs in favor of these new, slim, curved luminaires. In particular, the fact that OLED technology produces uniform illumination in any shape makes it ideal for use in a wide range of lighting applications including curved and transparent surfaces. Light bulb tests have shown that LEDs struggle with color rendering, and if OLED lighting can improve this, it could be a real selling point for lighting connoisseurs.

The new outlook for OLED lighting and the potential for its use in lighting applications has catapulted the OLED materials market from $900 million in 2014 to $3.7 billion in 2019, according to research firm IDC. Although the technology is still in its infancy, it will only take a few years to make it worthwhile, as the cost of OLED is not yet connected to LEDs. But once costs and ROI come to light, OLED will likely be the major light source of the future.

OLEDWorks applies the best practices of the OLED lighting industry and the most advanced technologies available today to make OLED a viable solution for the future of lighting in architectural and commercial applications. Nasdaq: OLED) is a global leader in light-emitting diodes (LEDs) and other high-performance, low-power, light-emitting diodes (LEDDs) for the display and lighting industries. In Rochester, New York, where OLED was discovered, OLEDWorks became the first manufacturer of OLED light motors in the United States and has become one of the world’s largest manufacturers of high-performance, low-power, light-emitting diodes (LEDs) for the OLED lighting industry. Nadarra is the first company in the United States to exclusively manufacture decorative luminaires using OLED luminaires and panels.

LEDs were developed 25 years before OLED and use the same powerful, low-power, high-brightness diodes (LEDs). For example, we have shown prototypes of desk lamps with OLED in a variety of applications, including desk lamps, table lamps and even a coffee table.

The challenges of OLED lighting include cost reductions and improving reliability and efficiency. These challenges are likely to benefit from the advances made by OLED displays used in a large number of mobile devices and televisions. The use of universal phosphorescence technology (OLED) was intended to reduce energy consumption and the amount of heat the product generated, thereby further reducing energy and environmental pollution. Compared to LED, the OLED light reading lamp from LG has a consumption of 4.25W and thus offers energy savings of almost 90% compared to traditional LED lighting

Although the advancing development of OLED technology is encouraging the lighting industry, there is a risk that OLED manufacturers will not fully meet the needs of the architectural lighting industry. OLED lighting offers manufacturers a new generation of lighting systems that can be extremely thin and lightweight. Although the gap between OLED and LED lighting, has narrowed, the cost of OLED lighting remains a major hurdle to overcome before its systems can compete directly with their counterparts.

Check out the first-ever OLED Light Magazine and discover all you need to know about the future of lighting.

In this issue, we'll cover some of the basics, showcase companies that have already made a splash into the OLED world, how OLED Light can help keep you happy, and so much more.